I don’t know where to start with one of my most bizarre stories ever. After 23 years I found a Dutch girl with FIL.. and she only lives 10 km (6 miles) away from me. YouTube’s algorithm showed me an old tv show about Janneke and I immediately contacted her via Facebook. A few days later we were having lunch at a local restaurant.

I was watching some videos on YouTube when I noticed a thumbnail: it showed a cute little girl with a bigger cheek. It turned out to be an old Dutch tv item about Janneke which I hadn’t seen before. She was diagnosed with hemifacial hypertrophy, which is a difficult way to describe that half of the face is bigger. When I saw Janneke’s baby photos and heard her story and, I immediately knew it had to be FIL.

I found Janneke on Facebook and sent her a message. I didn’t know what to write, because if you have been diagnosed with hemifacial hypertrophy for 24 years and suddenly receive a message from a stranger who claims otherwise.. I would be sceptical! I explained Janneke that I recently had been diagnosed with FIL and advised her to visit my new doctor for a second opinion. Janneke was interested in what I had to say and became curious. Guess what? Janneke was living in Wageningen at that time, only a 10 km (6 mile) drive from Rhenen. We decided to meet and a few days later we were having lunch in Wageningen.

We were born in the same year, but ended up with different (local) doctors. Janneke has been through a lot and has undergone more than 20 surgeries and procedures in Rotterdam. After our conversation, she visited my new doctor in Nijmegen. They did a genetic test which confirmed that Janneke indeed has the same PIK3ca gene mutation as I. I officially have a Dutch FIL sister!

Our Spanish ‘brother’ Samuel from Madrid looked a lot like Janneke as a baby. The baby photos are indistinguishable and they even had the same baby blanket haha. Samuel will be coming to the Netherlands soon and Janneke can meet her lookalike!

More people with FIL in the Netherlands?

I always thought I was the only one in the Netherlands, but after this story I am sure there must be many more Dutch people. They most probably do not have a diagnosis yet (it took Janneke and me 22/24 years…) or they have a wrong diagnosis (such as hemifacial hypertrophy and hemifacial hyperplasia). It’s my goal to find them.

> Click here for Janneke’s tv item (which is in Dutch)

We bought a house! 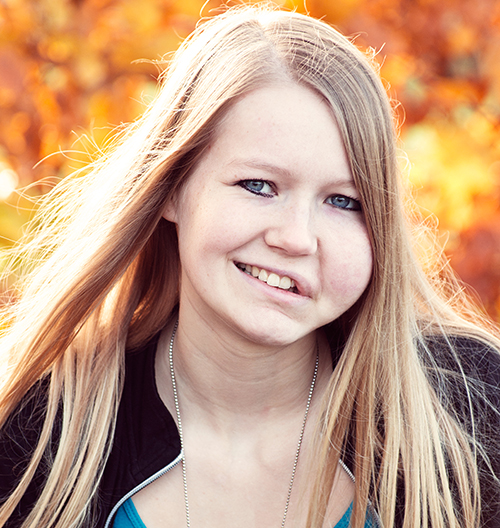